Here’s a smashing Mac & Cheese recipe from The Tomato Stall guys on the Isle of Wight! The flavour of our Vintage Organic Cheddar blends perfectly with these speciality tomatoes creating a mouth-watering classic.

Drain the oil from the tomatoes and save for another dish or salad dressing. Spread the tomatoes out on kitchen paper and leave to drain. Cut half of the tomatoes in half.

Preheat the oven to 190C/fan170C/Gas 5. Drop the macaroni in to a large pan of boiling salted water, stir once or twice as it comes back to the boil to ensure that none has stuck to the base of the pan. Cook for 8 minutes until just tender.

Meanwhile, bring the milk almost to the boil in a pan, then turn off the heat. Melt the butter in a medium-sized pan, add flour and cook for one minute, stirring. Remove the pan from the heat, and gradually beat in the hot milk. Return to the heat and bring to the boil, stirring. Simmer for 5 minutes, occasionally stirring.

Drain the macaroni thoroughly, add 200g of grated cheese, the paprika and some of the seasoning to the sauce and stir until cheese has melted. Then stir in the macaroni and the halved oak roasted tomatoes.

Spoon the mixture into a 1.5 litre shallow oven proof dish and scatter over the remaining whole oak smoked tomatoes. Mix the remaining 50g of cheese with the breadcrumbs and sprinkle over the top. Bake for 25-30 minutes until golden and bubbling.

Enjoy - and let us know on Twitter or Facebook if you try this recipe out for yourself!

Liked this recipe? Click here to read more in the Godminster Recipe Page. 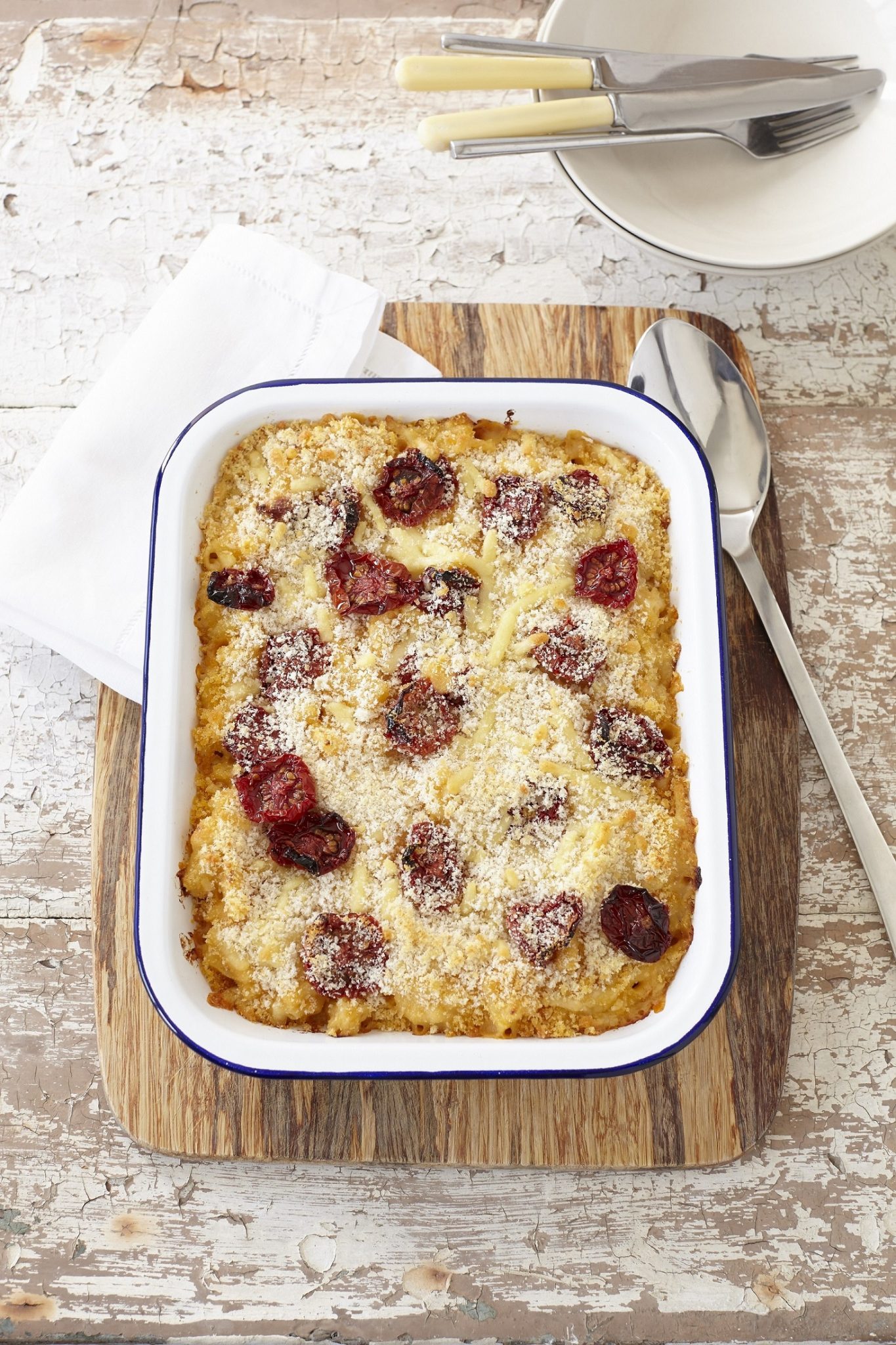