Last week, Richard took to the road in France on a cheese tour.  He saw some wonderful things while touring the food halls and fromageries in the south to pick up tips and inspiration.  Here’s his account of the journey.

So, here we are. Autumn in the Alps and amongst the great cheeses of Haut Savoie. Comte, Gruyere, Tomme and Reblochon reign supreme here.

Autumn in the Alps

Our trip actually started on the previous Saturday with a nourishing  Soupe de Paysenne and crusty bread at  Brasserie Josephine in Chamonix town centre followed by a run to Geneva to get a feel of the city and its food, and we ended up in the most fantastic covered market on Boulevard Helvetique with a wealth of offerings. 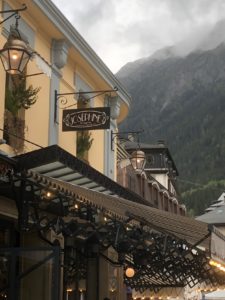 Monday morning, and after a disorganised start we finally made it over the pass and down onto the floodplains that surround Sallanches. We were late, but in no hurry. It is lunchtime in France. Tools down. Go find somewhere to eat. So we ended up in the sunshine in the town’s square.  I chose a mushroom ravioli. 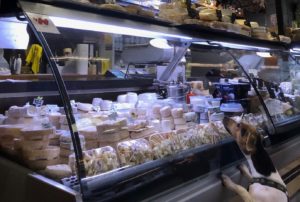 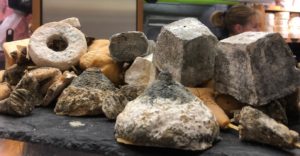 And so the journey really sets out and we are on the Autoroute heading back past Geneva and on down to the foodie city of Lyon, on the Rhone and when we arrive we are not disappointed – beautifully laid out and with a ‘mini-Paris’ feel about it – and the more we explore, the more it feels like Paris – Place de la Republique, Place de la Concorde and so on.  So did some research and discovered that Haussmann did indeed design both cities. 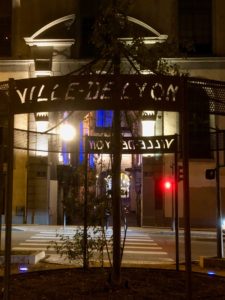 After a circuit of the city in the morning uncovering les affineurs de Lyon we then leap-frogged our way south again, through Valence and then to the beautiful Orange with history dating as far back as the 11th century.

It’s smelling of Provence to me!

We reluctantly left the sunny square of Orange a little later than planned, and drove down to a B&B on the outskirts of the sleepy market town of St.Remy de Provence. 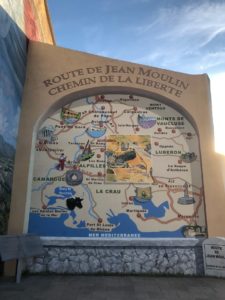 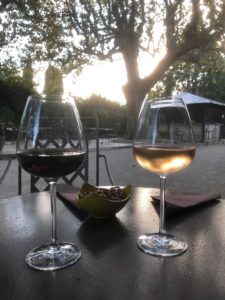 A welcome sight at the end of the day!

Early start and off to St.Remy de Provence market – a feast for the senses!

What a beautiful display! 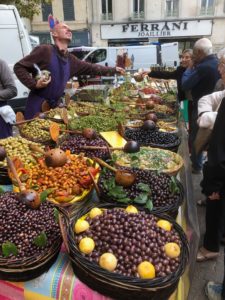 Is it that bad giving away samples?! 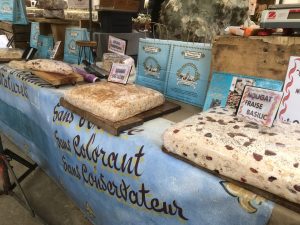 I have never seen such a range of nougats in my life! 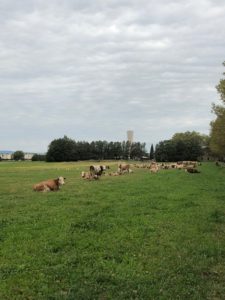 Now I feel at home! 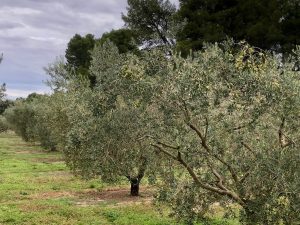 Or maybe not amongst the olive trees! 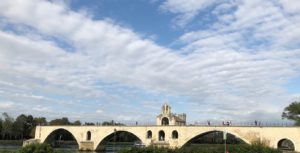 The cheese tour continued with the long haul to Bordeaux, with its beautiful architecture and pedestrianised streets. 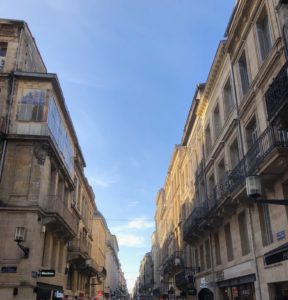 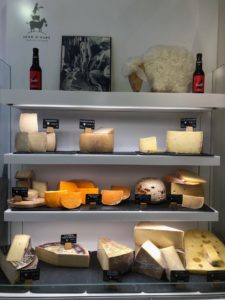 I really admire the chic style of this! 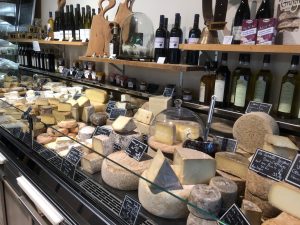 And just another fantastic display!

Then to Poitiers, a city which began to grow after the Roman conquest in the first century BC and boasts the ruins of a vast Roman amphitheatre. 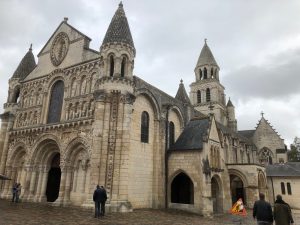 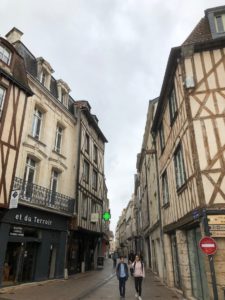 Walking around the town felt like being on the set of a period drama.

And so our French mission had ended and it was time to jump on the boat back to the ‘cats and dogs’ in England. It was an education all round and a wonderful time.